Following our walk to Ware at the end of last year,  Dawn and I promised ourselves that we would make more of an effort to get out and explore Hertford by foot.  We've spent far too much time with our backsides fixed to the car seat instead of enjoying the benefits of living outside the capital. So this morning when we headed into town for a handful of groceries, we decided to walk in.  And as we needed to pick up some parcels from the sorting office, we went the long way past County Hall instead of along West Street. 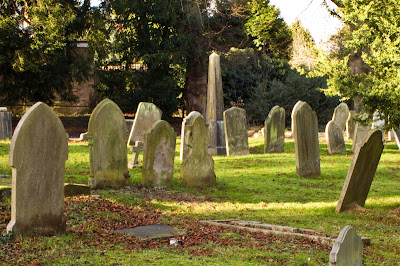 Our walk took us around the back of All Saints Church with its large graveyard.  According to its website, there was a meeting of the Church Synod in 673 AD, so there was likely a church in the town then.  And All Saints was one of two churches listed in the Doomsday Book, the great land survey of 1086. The current structure dates back to the 1890s.  The most interesting fact is that Charles Bridgeman held the office of organist there for a record 78 years from  1792 until 1873. 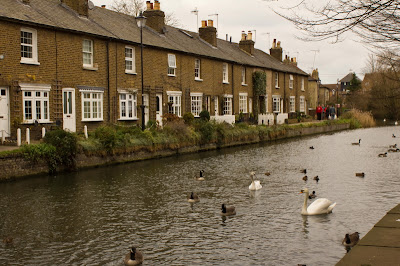 The River Lea is an important landmark in Hertford and many locals get great pleasure from feeding the swans and ducks at the back of Waitrose and Starbucks on the south bank and The Old Barge pub on the north.  Although we usually grab a double tall soy latte most weekends from the coffee house that kids seem to get the most pleasure of. Not to mention the countless dogs whose walks seem to end up along this path. 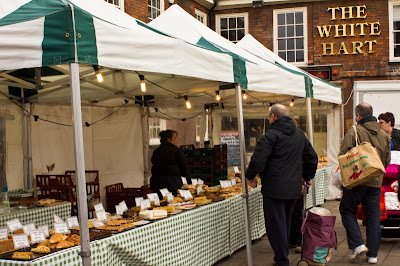 Like many provincial towns, Hertford can boast a farmers' market.  However, this is only once a month.  But at least on the other weekends there are always half a dozen regulars that pull out their stalls and give the locals a chance to pick up some fresh produce and baked goods from somewhere else other than chains. 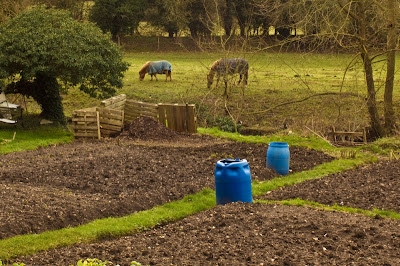 The best part of the walk, however, was the short walk along West Street. Leading into Hornsmill, it captures many characteristics which are typically English. There is Bridgeman House, which is a two story brick building dated back to the first half of the 17th century. This short road has many quaint buildings, including a quaint pub and terraced houses which are typically British. There is also Hertingfordbury Park, the home of Hertford Town Football Club and AFC Hertford. The latter were actually playing today as we walked past.  Not only could we hear the small crowd, but could also see the players on the field. Quintessentially  English is the West Street Allotment (above) where locals grow their veggies surrounded by a handful of fields where we you can always see horses.  Today, like most winter months, they were grazing in a field with blankets on their backs to keep them warm. 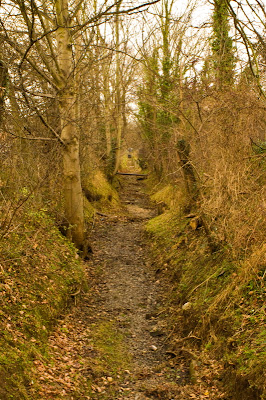 The final leg of our walk, which was around three and half miles there and back, took us over a little brook that runs parallel to Brickendon Lane.  It doesn't appear on the local maps, but it always seems a fitting end to our walk into town.  The other side of the bridge is a row of terraced houses that is the local neighbourhood where we live.
Posted by PJ's Veggie Recipes at 7:59 pm